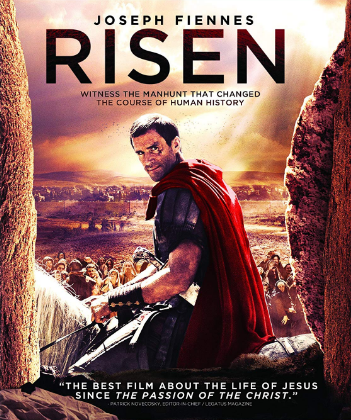 “Risen”
Jerusalem, 33 AD. After crushing a Zealot revolt led by Barabbas, Clavius, a Roman Tribune, (played by Joseph Fiennes), is sent by Pontius Pilate to expedite a crucifixion already in progress. Three days later he is appointed to investigate the rumors of a risen Jewish Messiah. Pilate orders him to locate the missing body of Yeshua, one of the crucified men. In doing so, Pilate seeks to quell an imminent uprising in Jerusalem before the Emperor arrives.

Failing to secure Yeshua’s body, Clavius, with the support of his loyal aide Lucius, attempts to locate and question the disciples of Yeshua and those involved in his crucifixion and burial for clues to his disappearance.